Each and every summer, people come from all over to spend days and nights at one of Maine's most popular tourist destinations, Old Orchard Beach. But if you were born after the year 1969, chances are you have no recollection of what Old Orchard Beach USED to be. It used to be the home of a hopping casino, filled with notable lounge performers like Louis Armstrong and Frank Sinatra. OOB was home to the very first operational carousel in the United States. And Old Orchard Beach was also home to the uniquely charming funhouse known as Noah's Ark. 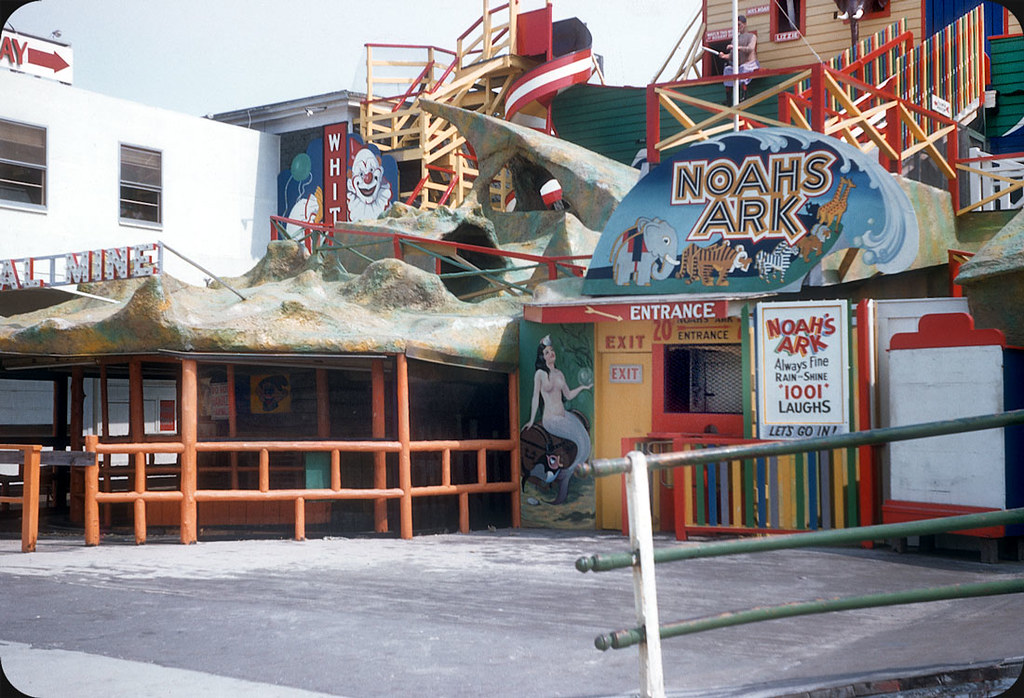 Noah's Ark was constructed next to the pier in Old Orchard Beach in 1929 as a major attraction for tourism. There were only six Noah's Ark attractions ever constructed globally, and in 1929, Old Orchard Beach had the only operational one on the east coast. The attraction saw guests travel through dark passageways while flashing lights, horns and compressed air was used to distract and disorient them. Additionally, the ark itself would swing back and forth to add another wrinkle to the fun. 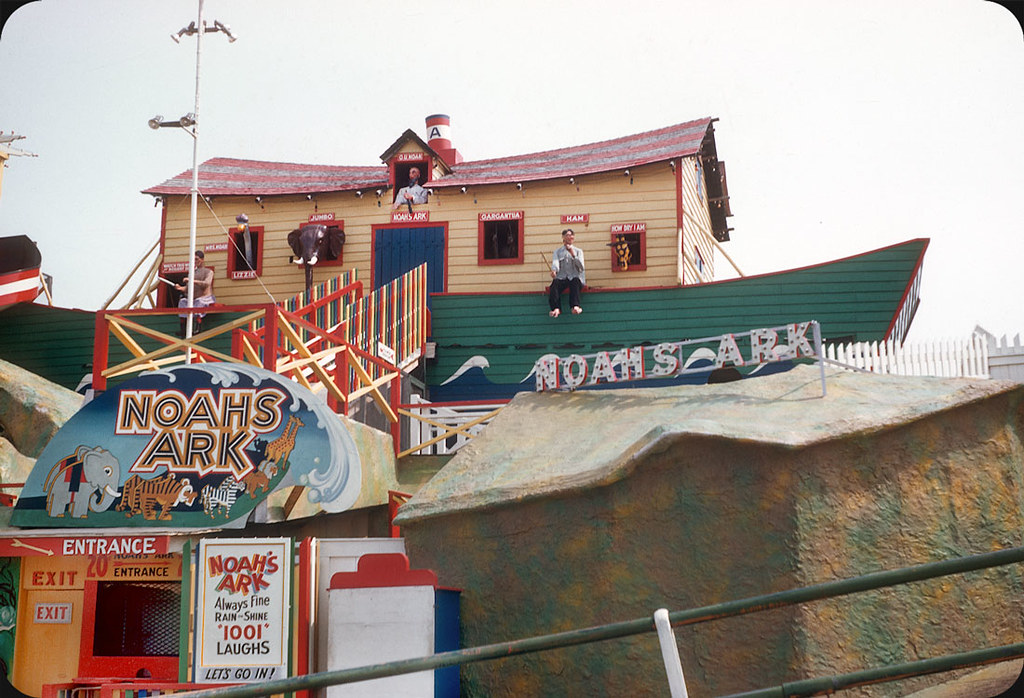 Another thing that stood out about Noah's Ark was that everything was hand-carved wood. That included the characters on the exterior display and the ship itself. Unfortunately, that's also a large part of how the Noah's Ark attraction found its demise.

According to Laff In The Dark, it was the evening of July 19th, 1969 when the Noah's Ark attraction as well as many other nearby rides caught on fire, including the beloved Pier Carousel. The firefighters on scene fought the blaze valiantly, but in the end, nothing remained of Noah's Ark but ashes.

Noah's Ark has been consistently memorialized on post cards that are still sold today. It's a reminder that while Old Orchard Beach is still known for its pier, arcades and rides, there was once a moment in time when it had one of the most unique funhouses in America.

As for the Noah's Ark funhouse? Well, there's only one left in the world, in Kennywood, Pennsylvania. It was refurbished in 2016, and still gathers crowds to this day.